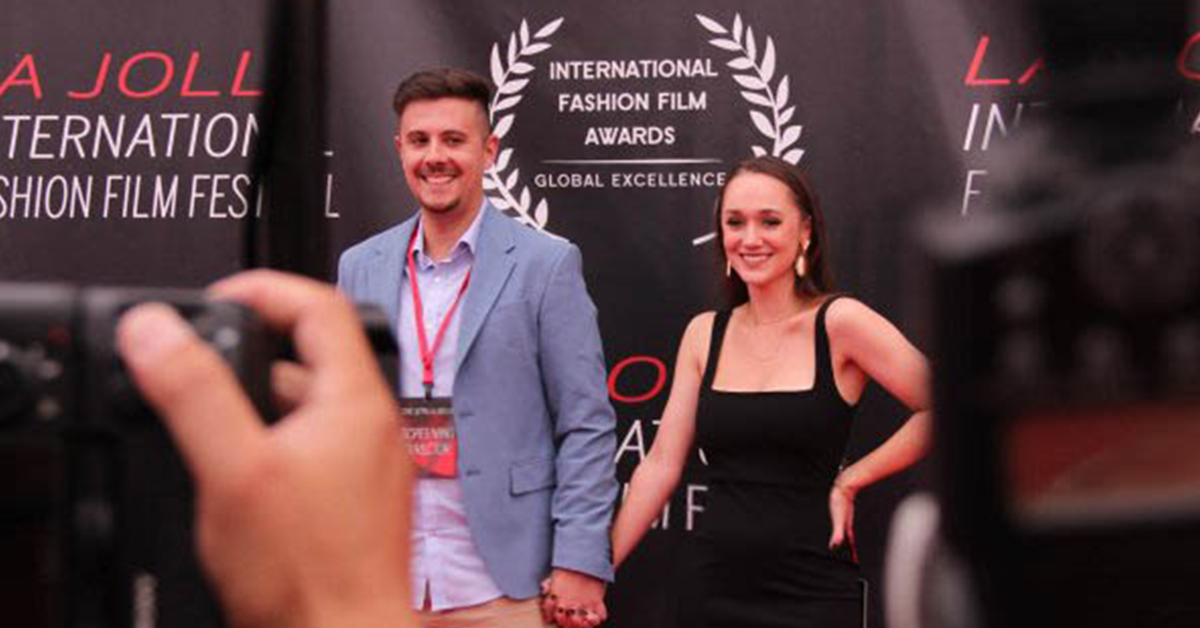 The knowledge acquired in the Fashion course at Feevale University made Rafaela Keunecker, from Rio Grande do Sul, search a successful path in her career. At the age of 27, the Institution's graduate, who works as a stylist, producer, and with social media, with experience in working with great brands, was awarded at one of the most important film festivals in the fashion world: La Jolla International Fashion Film Festival.

At the event, considered the Cannes in the area, she received the award for Best Message with the documentary Dare to Dream, which also competed for the best edition and documentary category. The award ceremony took place on July 24th, in San Diego, the USA. 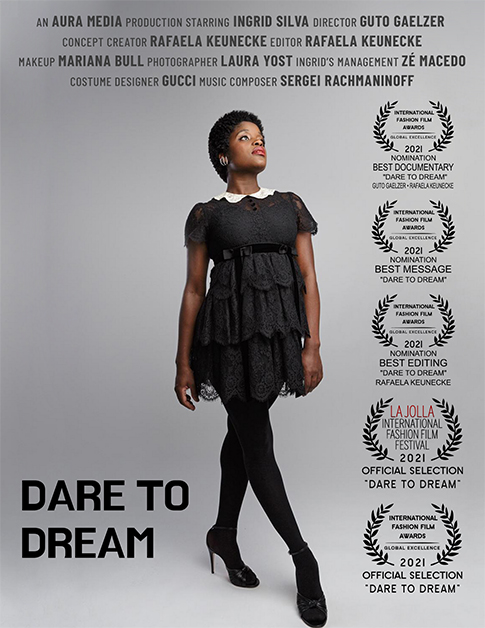 The film, which can be watched free of charge and with subtitles in Portuguese at https://vimeo.com/503221360, was created in partnership with Rafaela's husband, the filmmaker, publicist and musician Guto Gaelzer, 34. The audiovisual material captured the backstage of ballerina from Rio de Janeiro, Ingrid Silva, during her preparations to participate in the Harvard Latina Empowerment & Development Conference (LEAD), in which she was the first Brazilian to speak. Lead dancer at the Dance Theater of Harlem in New York, a group she has been part of since 2017, Ingrid has been fighting racism and inequality in different areas of society.

We captured a very important moment in Ingrid Silva's career, and the message presented in the film is really inspiring. I cry whenever I watch it”, reveals Rafaela. “Being at the fashion film festival for the second time, and this time receiving an award, was awesome. I am very grateful to see this project being recognized internationally”, she adds. 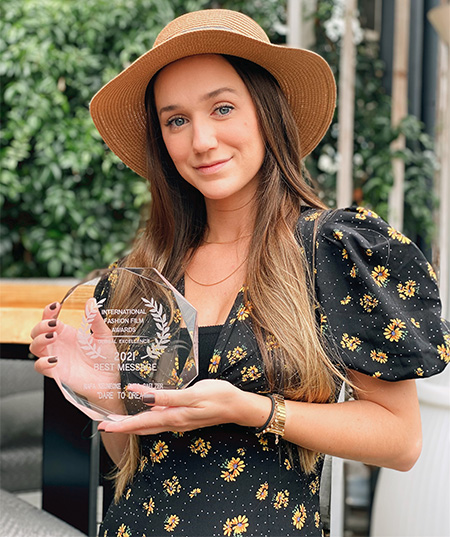 The first time Rafaela participated in the event was in 2016, with the documentary Diário de Criação, produced in 2015, in which she captured the entire creative process for the collection of the final project of her Final Paper. According to her, graduating at Feevale was fundamental for her career, as it took four years of studies, traveling from Porto Alegre to Novo Hamburgo all days of the week.

These were incredible years, full of experience, it was worth every minute, learning from professors and colleagues, doing an internship, writing for my old fashion blog. I will be grateful for every moment forever”, she concludes.

The search for new awards for the documentary Dare to Dream does not stop at the American festival. The film is also a finalist for the First-Time Filmmaker Online Sessions, which will have screenings in Hollywood and in the county of Buckinghamshire, England, on August 31, and at Diversidarte – Short Film Festival, on September 3, in La Coruña, Spain.