The event was attended by students between 14 and 18 years old, who represented 25 teams from four countries 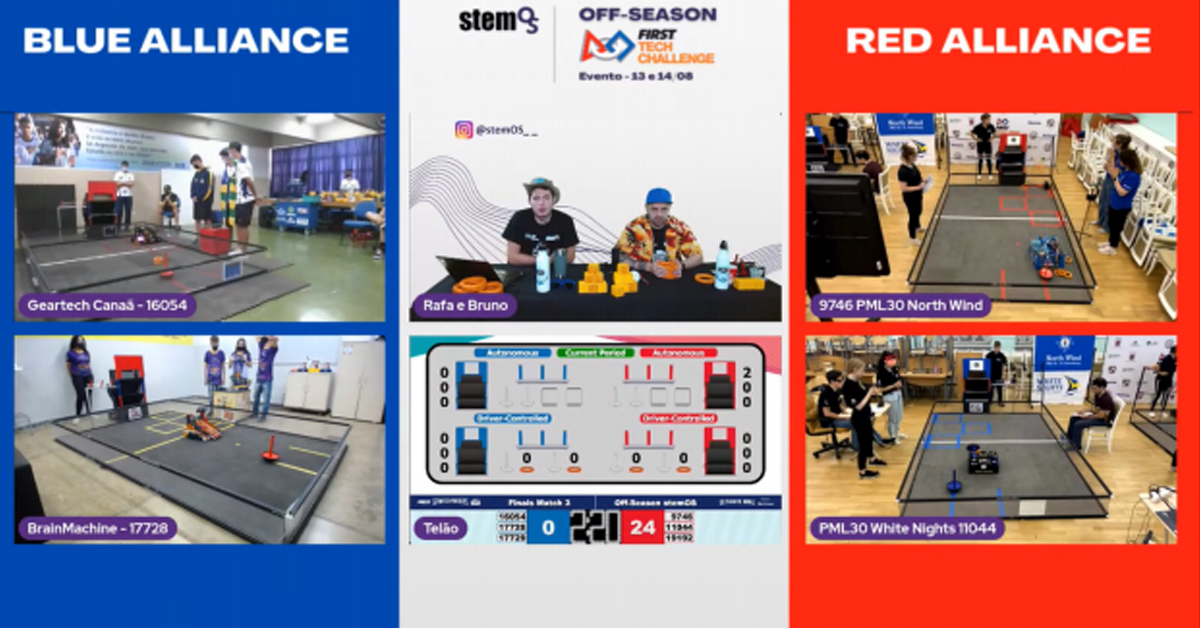 Optima Solution, through its brand of educational solutions STEM, stemOS, has held this month the Off-Season stemOS 2021, an online robotics competition in the First Tech Challenge category, which encourages the development of technical and non-technical abilities in science, technology, engineering, and mathematics. The event of the company located at Hub One, Feevale Techpark unit in Novo Hamburgo, had as winners the robot alliance formed by three Brazilian teams: Geartech Canaã, BrainMachine and Tech Bros, from Goiás and Minas Gerais.

The competition had the participation of students between 14 and 18 years old, who were part of 25 teams from Brazil, Australia, Russia and Romania, which competed through a live broadcast with more than two thousand viewers. To celebrate the technical and non-technical aspects of a team, an award ceremony was held at the end of the event, in which the Highlight Volunteer and the champions of the Inspiration, Innovation, Design and Control awards were known.

About stemOs
stemOS emerged in 2012 as a spin-off of an educational robotics research project and, since then, has diversified its service portfolio encompassing new technological segments. It is formed by engineers who started their professional careers in a robotics competition team, adding more than 25 years of experience in technology development. It focuses on performing technical and intellectual services in the areas of robotics, research and development, in addition to the validation of new products, training and documentation translations, and localization and nationalization of existing solutions.