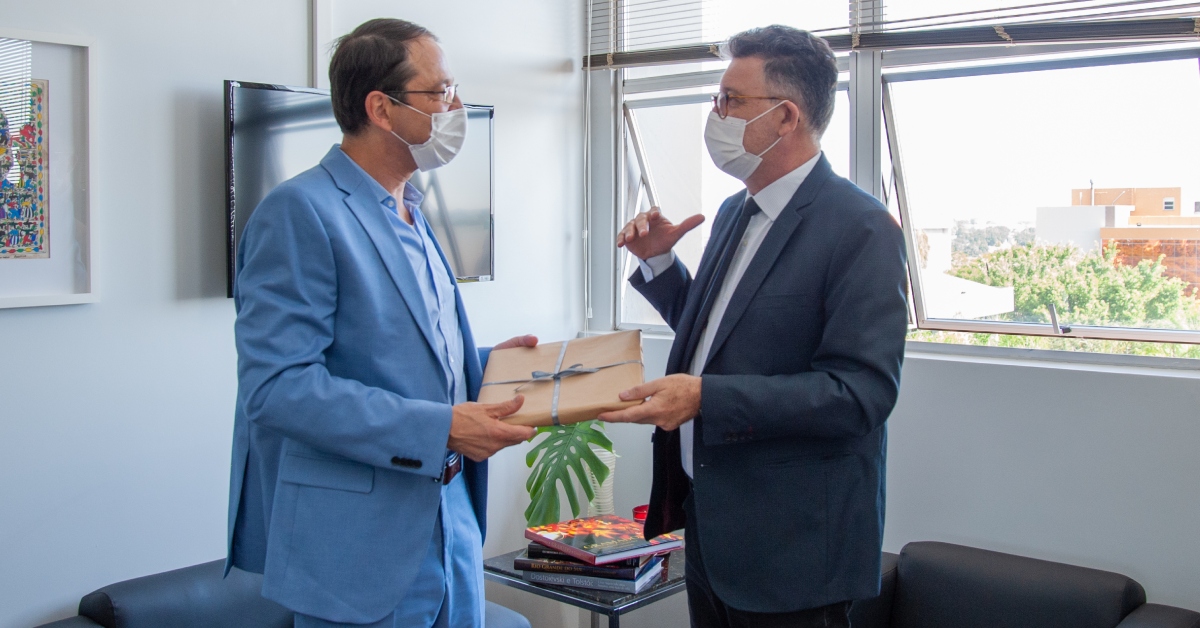 The Rector of Feevale University, Cleber Prodanov, received on Thursday, the 28th, Claus Lange, executive director of the German Universities of Applied Sciences (UAS7), from Berlin – a strategic alliance of seven applied German universities. The activity aimed to build partnerships between Feevale and UAS7, such as exchanges, internships, joint research projects, collaboration in international events and connections among entrepreneurs from the Feevale Techpark and innovation ecosystems of the German consortium.

At the meeting, Prodanov spoke about the potential of the Feevale University and the already consolidated partnerships.

We work hard on the transfer of knowledge and technology and we have a very active research with national and international partners, as is the case now of Covid-19 studies", emphasized the Rector, also highlighting the proximity of the celebrations of 200 years of German immigration to the region, which will take place in 2024.

Lange learned about Feevale's structure on Campus II, such as the Health Specialties Integrated Center and Hub One, among other spaces. He also spoke with Pro-Rectors, Directors of Academic Institutes and Professors, in an activity organized by Feevale's International and Institutional Affairs Office. 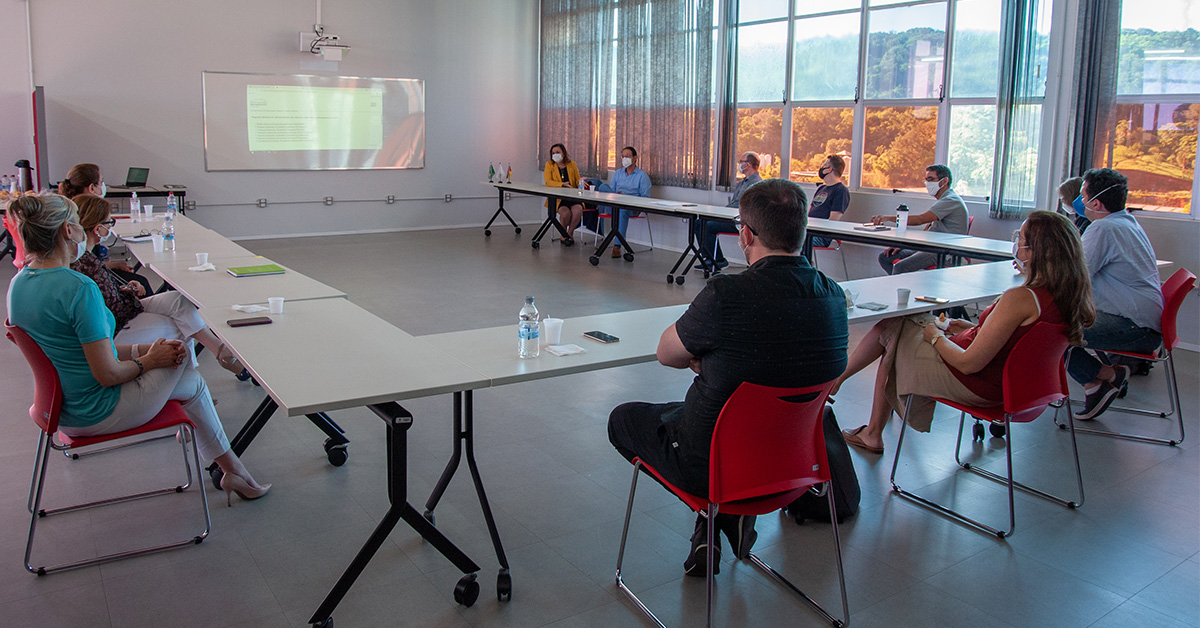